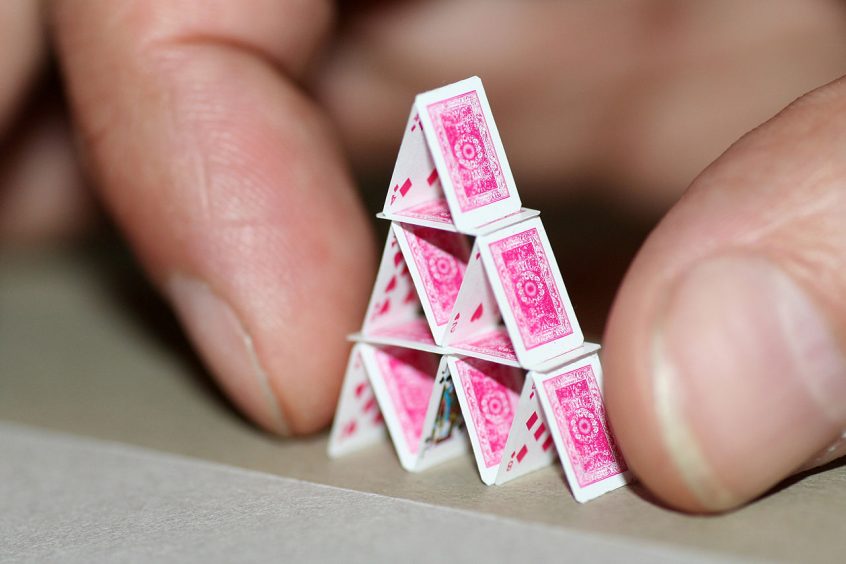 Recently I was conversing with a friend on the internet and he brought up a concern that if the electors don’t vote for Trump to be the President on December 19th, 2016, it might cause bigger problems than expected.

I love IDEO and design thinking and one of the reasons is that they value planning for the problems that change creates. So I wanted to further understand what my friend meant.

Here is a clip of his response:

“There is the process itself. Once you decide to ignore it, you open Pandora’s Box and the proverbial genie is out of the bag. It would be seen my many as a violation of the due process of the election, whether or not you agree. It would signal the breakdown of the intrinsic trust that the electorate have in the system itself which could trigger open rebellion, or at the very least a permanent divide in the electorate. It would to many, even those who are not Trump supporters, that the system is rigged. Its a slippery slope. Much as the results may be contrary to what seems fair or reasonable, it still represents the system. Once the system is seen as violated, anything goes and hell would break loose.”

Let me rephrase that here; the system cannot be changed. I beg to differ.

Let’s start with the system in the context of the Hamilton Electors movement that is going on right now to prevent a Trump Presidency. The #HamiltonElectors are using the system exactly how it’s designed to be used. Hillary Clinton won the popular vote by too many individual people to ignore – over 2 million!

People are already angry and have stopped trusting the system. I am working on a blog post that explores this idea in-depth. But for now, despite the system that I am unhappy with, the Hamilton Electors movement is working within this system that we have. If this movement makes no difference right now, then it’s proof that the system does not work as intended. Because allegedly the electoral college is supposed to prevent a demagogue from becoming the president.

Demagogue – a political leader who seeks support by appealing to popular desires and prejudices rather than by using rational argument. Does anyone believe Trump is NOT a demagogue?

Here is an explanation of the electoral college by Brett Chiafalo https://www.youtube.com/watch?v=i1UQrWatJ3g.

Here is my summary of the video:
The electoral college is designed as an emergency brake, not as a way to put a rubber stamp on who the people elect. The founders intended for the electoral college to object the winner of the election to exhaustive scrutiny. And if the candidate does not meet their standards, they are expected to elect an alternative. They were worried about the type of demagogue who had taken control in so many other countries.

So the electoral college was charged with making sure that the president met 3 important criteria:

1) The Voters Elect a qualified person
2) Prevent the election of a charismatic autocrat
3) Prevent a president under the influence of a foreign power.

I have heard this sentiment in conversations “In the end, this concept of having electors vote against the way the electorate voted is something that is not actually going to happen.”

I disagree 99.9%. Here’s why:
7 Electors have pledged to vote against their state’s winning candidate when the electoral college convenes on December 19th, 2016. As I understand it, the electors vote in secret. However, several of them have already declared it publicly. Here are some videos of some of them stating it publicly:
Michael Baca, Nov 15th https://www.youtube.com/watch?v=Xslq0f6P0xg

Here is a video of a Republican elector from Texas who QUIT instead of voting for Trump: http://www.usatoday.com/…/texas-elector-quits…/94560052/
This already marks a significant moment in history. This outpouring of political disgust at the prospective president is virtually unparalleled in electoral college history.
Here is a Reddit stream of videos specifically directed to the Hamilton Electors:
https://www.reddit.com/…/post_your_video_petitions_here/

If only 37 electors change their vote, Donald Trump will not have the 270 votes he needs to be President. 37 patriots can save this country, but they need you and me – us – to show our support for their decision. They were elected to do what is right for the country.

Against my will patience has been one of the great lesson I’ve had to learn this year lol. Whatever happens on Dec 19th, I will not be deterred… I will move onto plan b. I am a serial entrepreneur, so I’ve gotten really good at iterative development and commitment. I am committed to improving our system so that it evolves as we evolve. But right now, let’s focus on getting 37 electors to change their vote from Trump to anyone else!
Respectful Call to Action:
The next step you can take is to make a video that shows logically and emotionally how Donald Trump does not meet the 3 criteria listed here:

– > Then share that video on YouTube with #HamiltonElectors. They will be watching, it’s their responsibility as Americans and as our 2016 electors.