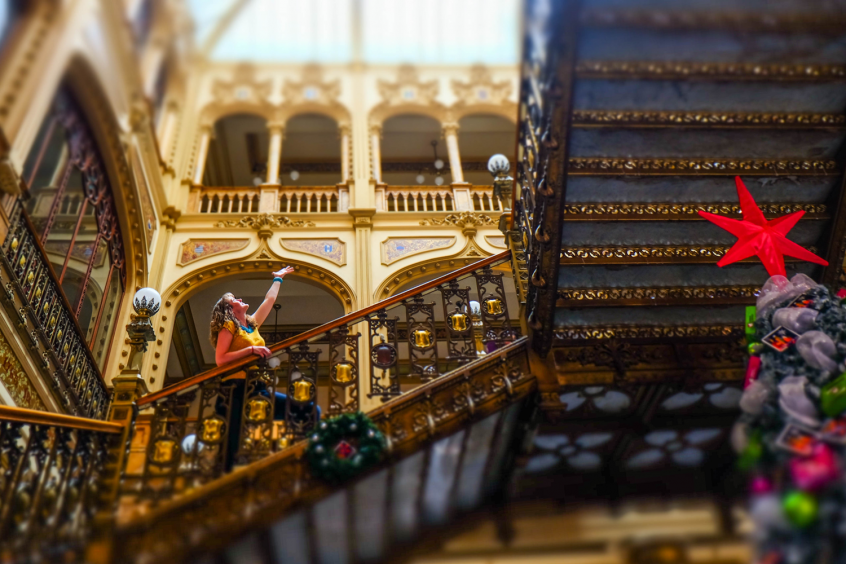 Brené Brown is one of my greatest heroes when it comes to #CreatingHappiness because she goes deep on exploring the stuff that gets in the way of preventing happiness and how to rise up with wisdom, courage and love.

Below are quotes with some of my notes from the book Rising Strong by Brené Brown.

Generosity is not a free pass for people to take advantage of us, treat us unfairly, or be purposefully disrespectful and mean…
A generous assumption without boundaries is another recipe for resentment, misunderstanding, and judgement. We could all stand to be more generous, but we also need to maintain our integrity and our boundaries. I call the solution to this issue living big; boundaries, integrity and generosity. Here is the question:
What boundaries do I need to put in place so I can work from a place from integrity and extend the most generous interpretations of the intentions, words and actions of others?

Jean Petano Lading?
Leadership & Organizational Development
What is the hypothesis of generosity? What are the most generous assumption you can make about this person’s intentions or what this person said?

Rising strong deepens our whole-heartedness, but it often feels like a good hearty tired.

Hallelujah by Leonard Coehn
Love is not a victory march, it’s a cold and its a broken hallelujah.

My S.F.D. was pretty straight forward and approximated a temper tantrum. I was

Life is better when assumes people are doing the best they can.

The most compassionate people have the most well defined and well respected boundaries. They assume that other people are doing the best they, but they also ask for what they need and they don’t put up with a lot of crap.

I lived the opposite way
I assumed the opposite.
So I judged them and constantly faught being dissapointed, which is easier than setting boundaries. Boundaries are hard, especially when you are people pleaser
Compassionate people ask for what they need. They say no when they need to and when they say yes they mean it.

Are people doing their best?

When I got home that night Steve was

I hadn’t asked him the research question,

He tHought about it for a solid 10 minutes. As a pediatrician, Steve sees the best and worst in people.
I could tell he was really struggling with the question. But when he looked back at me
Do you think people are doing the best they can.
15 interviews = saturation. THere were clear themes that would acuratly predict what I would find in the remaining interviews.

People who said people are doing their

I know it sounds naive,
I know it sounds weird, they were slower to answer and almost seemed apologetic as if they tried to persuade themselves otherwise but couldn’t give up on humanity.
They were also careful to mean that people can t grow or change.
But at any given time, people are doing the best they can with the tools that they have.
Those who didn’t believe people were doing thebest they could, were emphatic.

Unlike their yes counterparts, about 80% of these respondents used themselves as examples, “I know I’m not doing my best, so why should I assume others are. They judged their efforts in the same manor that they judged the efforts of others. It was clearly important for the people judging no.

I turned to walk away he said, “the thing is you never know about people, that lady could have a kid on drugs stealing money from her account,… You just never know people aren’t themselves when their scared, it may be all they can do.” – Dan’s? idea.

That we had a terrible fight b/c Steve thought I looked like crap in my new speedo.
It would have been a confabulation – lie honestly told. And regardless how honestly I was conveying this untruth, it could have hurt Steve our  relationship and me. And perhaps even my relationship with my sisters. I can just see one or both of them saying, that doesn’t sound like Steve…

Uncontrolled eruptions of emotion sabotage the safety that most of us are trying to create, whether in our families, or our organizations.
Chandeliering leads to egg shell environments, fear-based settings where everyone else is on edge.

How We Develop Curiosity

The participants in my study who taught me the most about getting curious learned to investigate their emotions in one of three ways;

In other words, their pumps were primed with enough knowledge about emotion to serve as a foundation for getting curious.

Their are numerous complex reasons why there is so little open discussion and engagement around emotion.

The research made it clear how much, or how little value emotions comes from what we saw or we’re taught when we were growing up.
Combination of

Our instinct is to run from pain.

In fact, most of us were never taught how to hold dicomftrot. sit with iwth it or communicate it.
Only how to discharge or dump it. Or to pretend it’s not happening.
If you combine that with the instinctual avoidance of pain, it’s easy to understand why offloading becomes a habit.

When we deny our stories and disengage from tough emotions, they don’t go away. Instead they own us, they define us. Our job is not to deny the story, but to defy the ending. To rise strong and recognize our story and rumble with the truth until we get to “yes, this is what happened”.

The goal: to rise from falls and face hurt in a way that brings whole heartedness

That’s were my richest data comes from, people’s lived experiences.

The 3 Act Structure of Story Telling

by Darla Anderson, the Pixar Producer behind Toy Story 3, Monsters Inc, A Bug’s Life and Cars.

Yep, we reference Joseph’s hero’s journey at the beginning of every film. – Darla Anderson

Love is my scariest arena. In a hot argument: Put your heart where your mouth is.

The opposite of scarcity is not abundance, it’s ENOUGH. Empathy is not finite.  When you practice empathy and compassion with someone, there is not less of these qualities to go around, there’s more. Love is the last thing we need to ration in this world.

These are the rules of engagement for rising strong

Music makes me feel less alone in the mess.

Quotes listed are by Dr. Brené Brown in the book Rising Strong. Brené Brown, Ph.D. is a research professor at the University of Houston Graduate School of Social Work. Her TEDx talk on vulnerability catapulted her fame quickly as it darn well should have 🙂